In his works, Greg Astro from Paris creates his own world with the subtlety of shadow and light, the power of colours and depths. An optical illusion of space that is not there originates from this aspect. His work highly resembles the chiaroscuro technique that was systematically applied in the Baroque. His style makes Astro one of the major international street artists of this time. For the Baroque festival, he is using three walls in the Prekerstraat and is adding a new dimension to the St. Andrew's neighbourhood with his famous trompe-l'oeil technique.

Sam Bates, better known as Smug, is an Australian graffiti artist who lives in Glasgow. He makes gigantic, hyperrealistic murals in major colour contrasts. His works always have returning themes such as death, transience, exaggerated forms and intense sentimental expressions. Thus being the epitome of Baroque. In the Kolverniersstraat, he is making a hyperrealistic portrait of a man who thoughtfully admires the shopping masses of people on the Meir.

At first glance, Miles MacGregor from Los Angeles seems to work very realistically, but as you look more closely, you see that his portraits are constructed out of thick, air-brushed lines. He creates volume and depth by way of the overlapping lines. His work is characterised by a play between light and dark and greatly resembles the manner of Rembrandt's etchings. He has just arrived and beginning this week is taking on a wall in the Gramayestraat.

Yvon Tordoir from Antwerp has been passionate about painting letters for 20 years now. He is trained in painting and graphic design, but graffiti and street art remain his greatest passions. Primarily he makes calligraphy and figurative motifs. A combination such as the oo is to be found again in the capital letters of the old, Baroque texts. His monumental masterpiece on the Eiermarkt enriches the city with the word 'Antwerpen' in large, golden letters, decorated with striking Baroque curls; a nod to the clock of the Cathedral of Our Lady.

On Sunday 3 June, the Baroque Murals opens with festivities. Everyone is welcome on the Gramayestraat from 15.00 to 18.00, where DJ Droppa brings the perfect beats together with the free graffiti workshops. 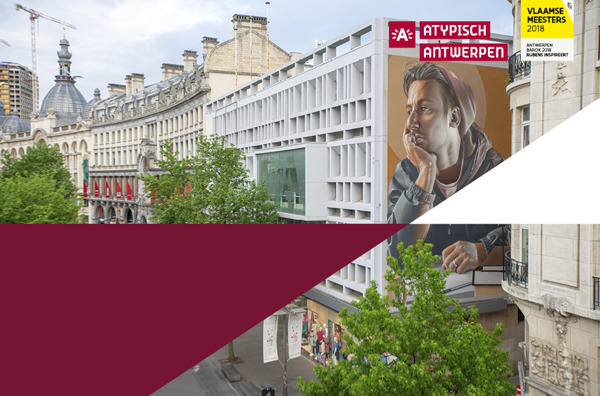