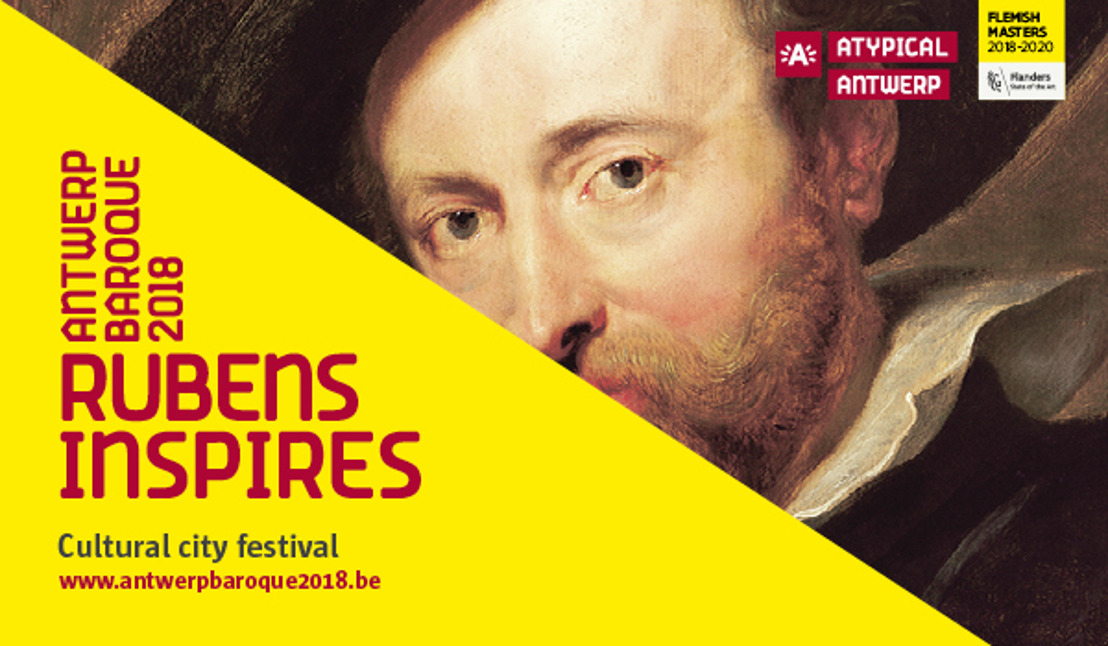 The biggest crowd pullers were the classic Rubens spots in the city, each of which gained exceptionally high visitor figures. The Rubens House exhibited some exceptional loan pieces, and visitors were able to closely follow the restoration work on the portico and garden pavilion. The focus of the Monumentale Kerken [Monumental Churches] was to improve the connection between the various locations and to expand multi-lingual public access to the Rubens and baroque heritage via city walks, visitor guides and family magazines.

130,000 people visited the Rubens House since 1 June, meaning the museum clocked up just under 200,000 visitors for 2018 as a whole. During the Baroque Festival, the Cathedral of Our Lady welcomed no fewer than 212,000 visitors, while the Saint Charles Borromeo Church (the outstanding baroque church) welcomed 204,000 visitors.

The “Experience Traps” exhibition in the Middelheim Museum was also an absolute favourite with its 152,000 visitors; this contemporary Baroque exhibition brought a lot of humour and public interaction to visitors during the hot summer months.

“Sanguine | Bloedrood. Luc Tuymans on Baroque” at the M HKA (35,000 visitors) brought to the city festival an exhibition that shaped the distinctive Antwerp mix of contemporary drive and historical capital.

Michaelina Wautier was reintroduced into art history since the first retrospective exhibition at the MAS (54,000 visitors). Thematically, the exhibition connected with contemporary feminism while also getting a great response from connoisseurs as well as the broader public.

In addition to temporary exhibitions, the permanent Rubens offer in the city was also improved by the development of new walks and an expansion of the multi-lingual information provided to the public at the various locations. A great success: 18,000 people took part in a total of 911 walks and guided tours. The Antwerp Museum App, which contained a lot of baroque tours, was downloaded no less than 17,500 times, which is almost double compared to the same period in 2017.

“Antwerp Baroque 2018” also brought contemporary Baroque art outside the museum walls, including a green sculpture by the Spanish collective Recetas Urbanas, the Diasporalia installation by Koen Theys, new Fabres in the former Saint Augustine church, and four baroque murals in the city centre. The Antwerp music and theatre sector also embraced the festival with a total of 30 music and theatre projects for a varied audience. 59,569 visitors were counted outside the museum walls.

Absolute highlights from the varied range of art performances were the “Sleep” concert by Max Richter in the Cathedral of Our Lady, “Lulletje” by B.O.X. and MartHa!tentatief, which toured the Antwerp cultural centres, the special revival of “Tropoi XXL” by Theater FroeFroe, the oratorio “Lucifer” by De Bronstige Bazooka’s, “Het land Nod” by FC Bergman, and many more; all of which were sold out. Also, the tickets for many concerts from the “1618 | BEFORE & BEYOND” series in AMUZ and, among other things, the Christmas concert by ASO in the Saint Charles Borromeo church, all sold out in no time.

The baroque murals were enthusiastically welcomed by passers-by, local merchants, and city residents, as shown by the 1,500 social media entries. Of particular note was the baroque “Antwerp” mural on the Eiermarkt, which was not only a permanent stop for baroque walks and street art tours, but also won a nomination for “Local Initiative” from the Benelux Street Art Awards.

For those who missed the baroque festival, there are still a few things you can enjoy. As a continuance of the festival, the loan of the “Massacre of the Innocents in Bethlehem” can still be admired in the Rubens House until 3 March 2019. The “Baroque Burez” exhibition, with its contemporary baroque still-lifes by the Antwerp photographer, Athos Burez, can still be seen in the MAS Walking Boulevard until 21 April 2019. The “Sanguine | Bloedrood. Luc Tuymans on Baroque” exhibition has travelled in a slightly modified version to the prestigious Fondazione Prada in Milan (until 25 February 2019). In the meantime, the final phase of the restoration of the portico of the Rubens House has begun. On 27 April 2019, the portico will be publicly unveiled.

But the baroque festival has also had a lasting impact on the Rubens experience in the city.

Prompted by the positive reactions to the “Baroque Murals” street art project, the city is taking steps to keep three of these wall paintings - including the iconic “Antwerp” mural on the Eiermarkt - on display for an extended period of time.

The new artworks by Jan Fabre in the former Saint Augustine church are now permanent integrations. The public can see them as part of guided tours, as well as during the Cultuurmarkt, the Open Monumentendag and AMUZ concerts.

The centre-piece of the “Experience Traps” exhibition in the Middelheim Museum was the “Diamond Shaped Room with Yellow Light” (1986-1990/2018) by Bruce Nauman, which was purchased new. Bruce Nauman then donated the design drawings of his work to the museum. Exhibition works by Louise Lawler and William Forsythe are also included in the permanent collection at the Middelheim Museum. These are Lawler’s “Birdcalls” (1972-1981/2018) and Forsythe's work “Backwards” (2018), “Debut” (2018) and “Towards the Diagnostic Gaze” (2013/2018).

The city walks developed for the “Baroque Electrifies” and “In Rubens’ footsteps” have been added to the permanent offer for discovering Rubens in Antwerp. Finally, the baroque festival invested heavily in multi-lingual accessibility for tourists at the heritage sites. This information will also remain available after the festival.